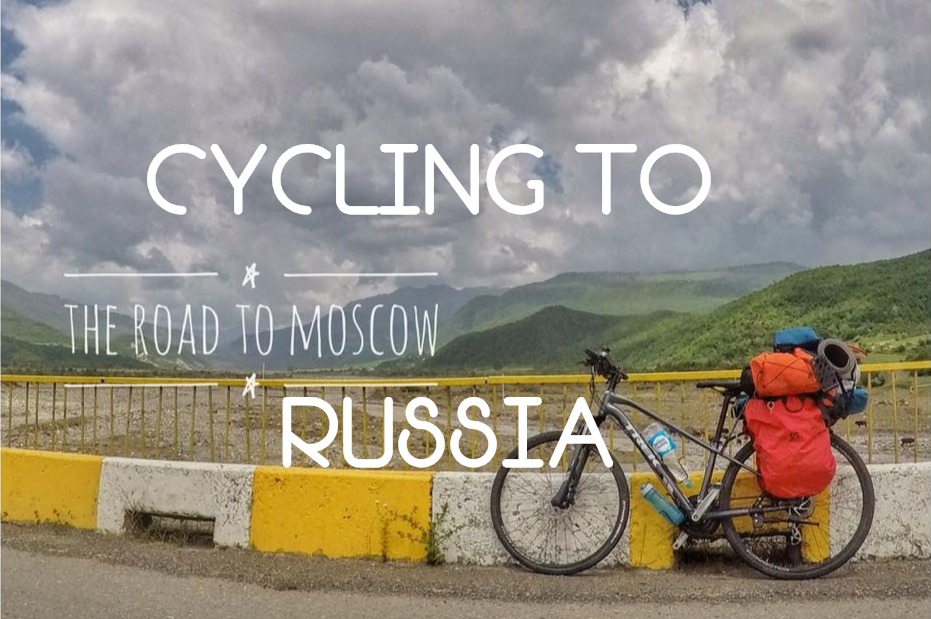 Indian Cyclist Cycled All the Way To Russia To Meet Lionel Messi!

Few people are crazy enough to do something that world only dread to do. One of the Indian cyclist from Kerela, India cycled all the way to Russia. His intention behind riding such a long distance is to get a signature of Messi on his bike. Clifin, who is now touring Russia on his cycle, reached there on June 5, and he had to travel more than 600 km to reach Moscow.

This is what clifin had to say about his journey.

“I am an ardent fan of football from my childhood and my favourite team is Argentina. It is my big dream to watch a world cup. But it is very expensive. So I will watch a group match between France and Denmark”

Moto behind The Visit Of This Indian Cyclist

After that, he will spend some days in Russia. Then he will return to Kerala on his cycle.

A cycle has been the close friend of Clifin, the only child of late Rosely and late Francis, since his childhood days. Clifin, who has a B.Tech degree, worked as a Mathematics teacher in a private firm in Kochi.

“Whenever he comes to our home at Thuravoor from Kochi, he used to cycle. Clifin is a wonder for his friends and relatives from his schools days. He was a very brilliant student in school scoring full marks in Mathematics and his school teachers ask about him even now we meet them,” said his uncle Xavier A J.

Francis is a freelance Mathematics teacher and provides students coaching to write aptitude exams such as GMAT, CAT, SATs, etc. He saved money for months before embarking on this journey. Long-distance backpacking, camping, and couch surfing are not new to Francis. He also uses a long-distance cyclists app called ‘Warm Showers’ “A few years ago, I quit my full-time job as an engineer in Tata Consultancy Services (TCS) and spent a year traveling. I believe a traveler must always begin his journey in India,” he said.

Clifin has set out for his journey to Russia on February 23 with the money he collected from the job. The longest journey ever he had made before his Russian trip was his cycle trip to Kanyakumari.

“First he went to Dubai from Kerala by flight and from there he bought a cycle and started his cycling journey to Russia from there. He traveled through UAE, Iran, Azerbaijan and reached Russia.

Francis said he celebrated his birthday with the residents of Maymeh in Iran, enjoying the hot kebabs they served with ‘Istak’, a local drink, an experience he would never forget.

The local people there are great fans of Indian film stars like Raj Kapoor, Amitabh Bachchan, and Mithun Chakraborty, while the younger ones especially enquired about Salman Khan and Aishwarya Rai, he said.

When he went into a house the family was watching an old Raj Kapoor starrer, Francis recalled He hopes to reach Moscow by June 21, said it is his long-cherished dream to meet Messi.

Indian Cyclist Getting Into Russia

When he entered Russia, the security officials who allowed them after checking his World Cup fan ID, were very curious to know about Aishwarya Rai and Salman Khan.

“I hope I will reach Moscow within a week and I will watch the group match between France and Denmark. This journey is a wonderful experience for me and I will definitely make it into a book. I stayed in tents in order to save the money on the way to Russia” Said Clifin!

The people and the officials of all the countries I traveled gave me a good treat when they know I am an Indian. I also met Malayalees in Azerbaijan, who were doing various jobs there. They treated me like a brother and no words to explain my gratitude to them,” he said.

My expedition to trails of Bijli Mahadev