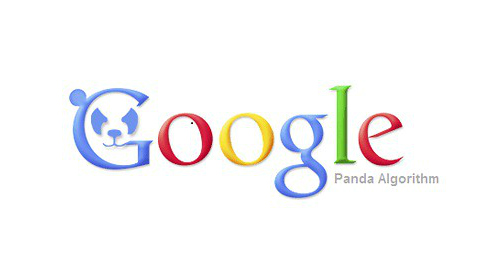 The year 2011 was when everything went ballistic in terms of SEO. The SEO we see today is the result of numerous Google’s updates. These updates were necessary as search is based on realtime factors. Google rolled out the Panda update in the year 2011 targetting low quality high ranking websites. They also introduced Query Encryption. Let’s talk about it more. Meanwhile, please check my SEO category. This will help you to learn the SEO for Google.

Why was there a need for an update?

Panda SEO Update was rolled out to grab and penalize webmasters who were taking advantage of Google Search loopholes. They were making a low-quality website rank on top with SEO malpractices. This was creating a bad experience for users when they were searching for their interest online. Help me in keeping this web blog up. Subscribe to my YouTube channel. In the beginning, Google tried to hit the spam and scraper sites. These sites were actually stealing that content from other websites using bots and other third party software. The idea was to give the credit back to the original content creator and have his ranking higher up in the SERP’s.

Panda SEO Update was first launched only in the USA. The other word for Panda google update is also known as farmer update. This because Google was trying to hit low-quality blogs and link farms. Link farms are basically a collection of the low-quality blogs which had links to spammy sites. The term thin content came up at this time. Thin content meant that pages which had to relevant or much content for the user but was mainly created to host advertisements. Google was on a lookout for these sites and was squashing them. In this process, a lot of good sites also took a hit.

The was a flurry of Panda updates in the same year. IN April 2011, there Panda 2.0 update was unleased and was running throughout the world. Not just in the USA but in all countries. Though it was targetting only pages which were in English, still users had the option to block pages in SEPR’s which they did not like. After these two updates, Google went on and released Panda update 2.1, 2.2, 2.3, 2.4, 2.5 and 3.1. If you note closely you will find that panda update 3.0 is missing. There was an update between 2.5 and 3.1 but it is referred to as Panda flux. Rach new update build on the previous one. They helped to eliminate low-quality content sites from SERP’s.

Google Plus is Born

In June 2011 Google plus is born. This was google first social networking project. It was actually good as Google was now thinking of including their own social signals in calculating the ranking of the web pages.

Out of all the changes that Google did the webmasters were not happy with the query encryption. Let me explain what is query encryption. Whenever someone was searching for anything on Google, the webmasters were able to find what were the users searching. This way webmasters were able to identify the keywords which were being searched. Google put a halt to this. They said that they were doing this for maintaining user privacy, however, this was a big bump to webmasters. They were no longer able to see what users were searching. However, this was applicable only when a user was logged in to their Google account. Since webmasters were not able to see the search term they were becoming increasingly unhappy with Google.

So these were few updates given in the year 2011 by Google. However, since they were radically changing things there was a lot to come. In coming few years SEO was totally changed. I would share what happened in the year 2012 in my next article.

If you have any question please leave them in the comments below. I would love to answer them.

How To Prepare For Long Cycling

How to reach Leh Ladakh? By Air, By Bus, By Bike or By Train!!