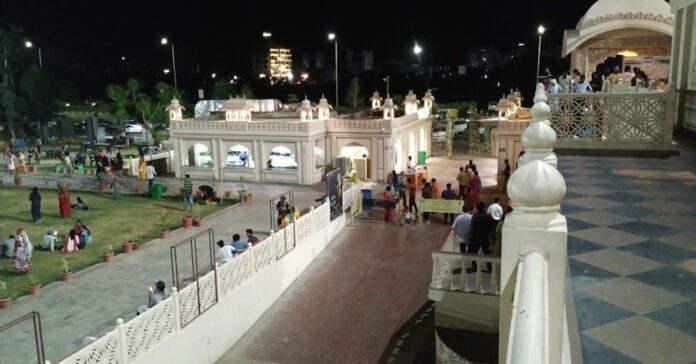 Akshaya Patra in Jaipur is an NGO headquartered in Bengaluru. Jaipur – the pink city of India, is famous for its ancient history, architecture, forts, gardens, museums, and other exquisitely constructed UNESCO World Heritage sites. It also holds its name of being the first planned city in India. Attracting a large number of tourists every year from all around the world, Jaipur is also famous for its beautifully carved temples and sculptures rich with Vedic teachings and spirituality.

There is a quote that says, “Travel – before you run out of time.” But I say travel to places to spend some time with yourself. And such a place is the Akshay Patra temple in Jaipur.

More about the Akshay Patra Temple in Jaipur

It is a Radha Krishna temple with the beautiful architecture of Akshay Patra. The temple is under the Akshay Patra Foundation, an NGO that works for the welfare of people and feeds more than 1 lakh people daily.

The other works from this foundation include food for the poor, Vedic education, and providing necessary relief items to families in need.

The entrance has beautiful decorations done with paintings depicting the life of Lord Krishna and his relationships with his friends and family. There is a two-sided stairway with antique doors to the temple.

The temple also has Bhagwad Gita, the holy book of the Hindus, in almost all the languages, spoken. The languages include Hindi, English, Assamese, Telugu, Tamil, Odia, Bengali, German, Arabic, French, Latin, Greek, and many more.

Adding more about the Akshay Temple in Jaipur, inside the temple, you can see a miniature of the entire Akshay Patra temple inside a glass box, which covers the boundaries and the lawns with a detailed blueprint of the temple.

Also, you can find sweet stores inside the temple boundaries that sell prasadam that you can offer to the Hindu deity. The best part is the money they earn, after selling the prasadam goes for charity, where they feed the poor and children.

The temple foundation collaborates with colleges so that they can provide food to the beggars and poor people. Additionally, talking more about the temple and the Gurus there, the Gurus are well versed with Bhagwad Gita and other Hindu holy books and hymn books.

During my visit to the Akshay Patra temple, I also learned that the acharyas and the gurus are graduated with degrees from the top colleges in Jaipur like MNIT, VIT, SKIT, Amity,  and many more. They held degrees of engineering with jobs in good companies, but many of the acharyas left their jobs to choose the path of spirituality and become devotees of Lord Krishna.

During the festivals like Holi, Krishna Janmashtami, and Diwali, the temple has beautiful decorations with lights and flowers. The devotees visit the temples in lakhs to worship and celebrate with great zeal and seek blessings from the divine power. Check out my last article on places to visit in Jaipur during Diwali.

They also feed the poor and offer prasadam to them as a blessing from the almighty. Besides this, the privileged people make donations as a part of the noble work and collaborate with the temple foundation to provide clothes and other necessary items for the people in need.

Jaipur is famous for its history and colorful culture, and what attracts more visitors is the blending of spiritual and mythological roots with the Vedic approach. The same goes for the Akshay Patra temple in Jaipur.

The temple conducts spiritual classes for people to attend, of every age and from all around the world. The pandits and gurus there take lessons on the holy books like the Bhagwad Gita, Ramayana, and other Hindu books that teach about the life of Sri Krishna and some important life lessons. The classes take place regularly inside the temple every Saturday.

People of every age, gender, religion attend the classes where the teachers or the gurus teach their students about the facts of the universe and science and relate them with Bhagwad Gita.

Rajasthan tourism highly encourages their slogan “Padharo Mhare Desh”; which invites people from every caste and religion to visit this beautiful and colorful land of the royals.

Summing up, the best thing I came to know about the Akshay Patra temple is that they welcome people of every religion without any discrimination, and it is something that everyone should learn and embrace. This foundation helps the poor and the needy by packing the extra food from college canteens so that no one would sleep empty stomach is commendable.

Some companies and MNCs bring excursions to the temple; so that the employees learn the life lessons from the Bhagwad Gita.  They also provide funds to help the poor. Teaching that I learned from my visit to the Akshay Patra temple is, ‘A life lived for others is a life lived. Love reading blogs while having tea, check out these famous tea spots in Jaipur. 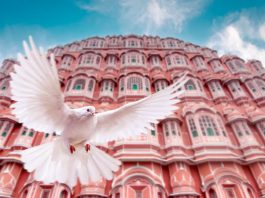 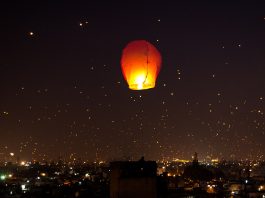 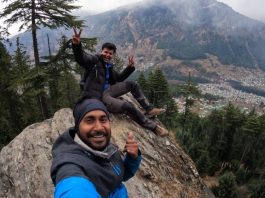