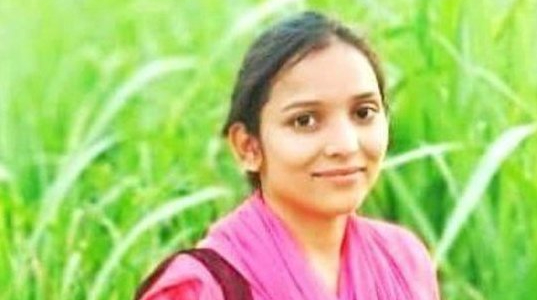 I was following the development of this sensitive issue very closely for the past few days. I will continue to have all the details and the developments in my daily blog section here. Manisha Valmiki was brutally raped and left for dead with her tongue cut out and her spine was broken in Hathras UP. Sadly the girl succumbed to her horrific ordeal in Delhi’s Safdarganj Hospital. The incident happened at Hathras U.P. Well, this is not the first time something like this has happened. Hathras gang rape is what is trending on social media and news platforms.

I do not react or respond to topics like these but with social media being flooded with all sorts of reactions, just wanted to bring up as in who said what? Some people are even stooping down to the level of taking leverage of this incident to just gain attention. What has the world become!

Some tweets are gonna make your blood boil. So the moment I opened my Twitter, in the trending column I saw a hashtag trending which was #RIPManishaValmiki. This was enough to know that the smiling soul you are looking at in the picture below is no more.

The moment I clicked on this trending hashtag, I saw a flurry of tweets done by famous social justice warriors. I am gonna highlight a few, below.

Kangna has been in the news lately for launching a massive justice campaign for Sushant Singh Rajput. The tweet is filled with anger and rightly it should be. I mean no women should face what this 19-year-old faced, I don’t know for how many hours. May her soul rest in peace.

There are a lot of sensible women like Kangna, who stand up for the causes when required. Now take a look at another tweet below from a handle that says it fights for Dalit rights. This is what this handle commented on Manisha Valmiki’s tragic death.

Furthermore, this is just not one tweet that you will find on twitter, there are in-fact many. These people tweeting very cleverly want to play the caste card and gain undue attention which they never deserved.

I believe social media nowadays is not for getting connected and making positive contributions, but just to gain popularity.

The tweet clearly says that no one was arrested till now as the girl belong to a minority community. However, let me show you something here. I asked the same question to Hathras police and this is what their official twitter handle communicated.

Now this tweeter by the name Gurvinder, again mentioning the word “Dalit” wanted to gain attention here. Hathras police said that the accused were nabbed and are in custody right now. However, these people who want to bring the caste in everything that happens in India got no chill. Look at some more below.

Damini Kain who as per her Twitter handle is a student activist. God these students don’t study no more.

She retweeted another Tweet of another student activist by the name of Laxam Yadav.

This tweet has the word “Dalit” mentioned twice, don’t you think we get the meaning in the first go? Again all of these students who think that there is only one career option which exist in modern times, which is being an activist.

What will happen next in the Hathras gang rape incident?

People are way too agitated right now and with these left-wing activists getting into the picture with all their caste-based tweets will create more panic among the masses. What ideally needs to be done is let the law follow its course and decide on the punishment which these rapists need to get. I am in full support and eagerly waiting for the fast track court to lay death penalty as it happened in the case of Nirbhaya.

However, with over-enthusiastic activists and more feminists coming in the picture Hathras gang rape is gonna be trending for quite some in the news now.

I can only pray for the poor soul that she rests at a much better place where we are and I know that justice will be served for sure. However, till that time let the judiciary follow its path and make sure that we do not give this incident a political angle, which unfortunately the people do the most on these social media platforms.